Dependence on Russian defence equipment not lack of trying on India's part: Jaishankar 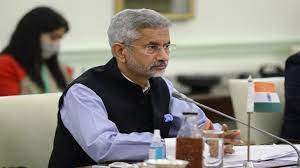 India’s dependence on Russian defence equipment and the strong defence ties with Moscow is not because New Delhi did not approach the US to get those from the United States, External Affairs Minister S Jaishankar said Sunday.

"One of the changes in our relationships has actually been the defence cooperation which has really come about in this current form maybe the last 15 years,” Jaishankar told Indian Americans here during an interactive discussion with him organized by the US India Friendship Council and Foundation for India and Indian Diaspora Studies.

“From 1965 pretty much for the next 40 years, there was no US defence equipment to India. This was, in fact, a period when the India Soviet, India Russia relationship became very strong,” he said.

“This was not due to a lack of trying on India’s part. I can vouch for it myself. I’ve had my relatives, my father, my grandfather, they worked with the defence ministry. So, I know firsthand what great efforts were made over those years to try to make the US understand that it was in American interest to have a strong, united, independent, prosperous India,” Jaishankar said.

“At that time, they did not succeed, maybe the state of the world was such,” he noted. “The change that started was really triggered by the nuclear deal that removed a very big obstacle to go forward and then to actually take the relationship to a new level requires leadership in India,” that did not had reservations.

“It takes two hands to clap. It was not just that all the problems are on the American side they were visitations on the Indian side as well,” he said.

“So we also have to address the institutions on our side. I think today, the relationship is on a very different footing. We have possibility of working together in many more areas, especially the security domain. Some of our major exercises are with the American military. We fly a number of American planes today, the C 17,

Very bullish on the future of India-US relationship, he said: “I think there are really deep convergences, which will sustain it over many, many years” the minister said.