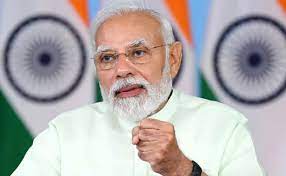 New Delhi: More than 300 government awards for scientists from the ministries of science, space, health and family welfare, and earth sciences have been discontinued this month in a bid to make the number of awards very restrictive “to select [the] really deserving candidates”, ThePrint has learnt.

The Ministry of Home Affairs has also proposed instituting a “Nobel Prize-like” science award called ‘Vigyan Ratna’ in the future. This would be open to scientists of all disciplines, and awarded in consultation with the principal scientific advisor, according to the minutes of a meeting chaired by Home Secretary A.K. Bhalla on 16 September, which ThePrint has accessed.

The revelation comes after a delay in announcing the Shanti Swarup Bhatnagar Prize — India’s highest science award —  left the scientific community perplexed. The prize, awarded by the Council of Scientific and Industrial Research (CSIR), is usually announced on 26 September every year.

While this prize will continue to be awarded, there’s no mention of when it will be announced. However, a Press Information Bureau release from Monday quotes Jitendra Singh, India’s science minister, as saying that the CSIR will “have a celebration of eight decades of its foundation soon with several commemorative activities and prizes to be announced”.

The 16 September meeting was attended by secretaries and officers of departments under the ministries of science and technology, earth sciences, and health and family welfare, the minutes show.

The largest chunk of “discontinued” prizes was from the Department of Science and Technology, with 207 of the department’s 211 awards being done away with, the minutes showed.

A new award of “very high stature” will replace all 38 awards of the Department of Atomic Energy.  Likewise, a national award of high stature for space science will be instituted in place of the three internal awards conferred by the Indian Space Research Organisation (ISRO).

The minutes quote Bhalla as having said that it was Prime Minister Narendra Modi’s vision to make the number of awards and awardees very restrictive and the selection process transparent. He added that the home ministry had already issued suitable guidelines on conferring awards for the participating ministries or departments to follow.

According to the minutes, the Department of Science and Technology awarded a total of 211 prizes —  four national awards, 97 private endowment awards, 54 lecture/ scholarship/ fellowship-based awards, and 56 internal awards.

There’s also proposal to change the rules for the cash given with the prestigious Shanti Swarup Bhatnagar Prize. Recipients of the award currently get a lump sum cash award of Rs 5 lakh and a special honorarium of Rs 15,000 a month until that person reaches 65 years of age.

However, the minutes of the 16 September meeting propose capping the honorarium payment to 15 years. The minutes also show that giving a lump sum in place of the honorarium was also mooted but no final decision was taken on this.

Among other changes, out of the Ministry of Earth Sciences’ national awards, one — the Dr. Anna Mani National Award for Woman Scientist — will now be merged with awards by other departments, such as those given by the Ministry of Women & Child Development. A national award of high stature will be instituted in place of the other three, the minutes show.

Three national awards (including the B.C Roy Award) given by the National Medical Council have been suspended for now — in place of these, the health department can institute an award of high stature.

Thirty-four of 37 awards given by the Department of Health Research have been discontinued. Among these are two awards for biomedical research given by the Indian Council For Medical Research.