In one corner: the medically renowned Mediterranean diet, a perennial favorite among nutritionists. The contender: the popular keto diet, known for restricting carbohydrates to a precious few per day. 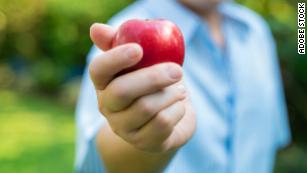 Long life comes from eating right, studies say. Here's how to begin
Keto proponents claim the diet reduces appetite, melts abdominal fat and boosts mental sharpness, once a person is over the first few days of "keto flu," a feeling of malaise, fatigue and brain fog. Studies have shown at least a short-term improvement of blood sugar in people who are on keto as well.
Research has linked the Mediterranean diet to reduced risk for diabetes, high cholesterol, dementia, memory loss, depression and breast cancer as well as weight loss, stronger bones, a healthier heart and longer life.
A new controlled clinical trial done during the pandemic compared the two diets by asking 33 people with prediabetes or diabetes to do both diets, one after the other, for three months. During the first four weeks of each diet, participants received either healthy keto- or Mediterranean-based meal deliveries, then followed meal plans on their own.
Researchers monitored participants' weight, blood sugar (glucose) levels, cardiovascular risk factors and adherence to the diet. Which diet was still standing at the final bell?
"Both diets improved blood glucose control to a similar degree, and both groups lost a similar amount of weight," said leading nutrition researcher Dr. Walter Willett, a professor of epidemiology and nutrition at Harvard T.H. Chan School of Public Health and professor of medicine at Harvard Medical School. He was not involved in the study.
However, when researchers examined the impact of the two diets on levels of blood fats that contribute to heart disease, the Mediterranean diet was the clear winner, according to the study published Friday in The American Journal of Clinical Nutrition.
The study tracked low-density lipoprotein, or LDL, known as the "bad" cholesterol, and triglycerides, which are a different type of fat in the blood that also contributes to hardening of the arteries. 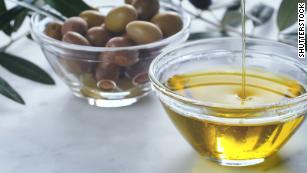 Replacing full-fat dairy with olive oil may reduce your risk of disease and death, study finds
"The keto diet significantly increased LDL cholesterol by 10%, while the Mediterranean diet decreased LDL cholesterol by 5%," said Dr. Frank Hu, chair of the department of nutrition at Harvard T.H. Chan School of Public Health, who was not involved in the study.
"The difference between the two diets is quite large, and this may have long-term consequences on cardiovascular disease," Hu said.
While both diets reduced triglycerides, the keto diet did so more significantly, the study found. However, the reduction in triglycerides is not as important as the rise in bad cholesterol, Hu said.
"High LDL cholesterol is a much more powerful and important risk factor for cardiovascular disease than triglyceride levels," he said. "So while both sides were quite effective in short-term glycemic control, I think the main issue is the potential long-term effects of keto on cardiovascular disease."
﻿ ﻿
RELATED POST

What's the best honey to buy?

What your taste in ice cream says about your personality