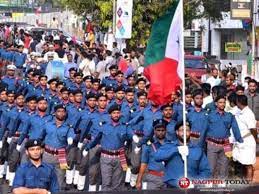 New Delhi, (PTI) The Centre has imposed a ban on the Popular Front of India (PFI) and several of its associates for their alleged terror activities.

The action of the Central government came days after a countrywide crackdown on the 16-year-old PFI, arrest of over a hundred of its activities and seizure of several dozen properties.

In a late Tuesday night notification, the Union Home Ministry said some of the PFI’s founding members are the leaders of the Students Islamic Movement of India (SIMI) and the PFI has linkages with Jamat-ul-Mujahideen Bangladesh (JMB). Both JMB and SIMI are proscribed organisations.

It said there had been many instances of international linkages of PFI with global terrorist groups such as the Islamic State of Iraq and Syria (ISIS).

The PFI and its associates or affiliates or fronts have been working covertly to increase the radicalization of one community by promoting a sense of insecurity in the country, which is substantiated by the fact that some PFI cadres have joined international terrorist organisations, the notification claimed.

“Whereas, the Central Government, having regard to the above circumstances, is of the firm opinion that it is necessary to declare the PFI and its associates or affiliates or fronts association outlawed with immediate effect, and accordingly, in exercise of the powers conferred by the proviso to sub-section (3) of section 3 of the said Act, declares it as outlawed,” it said. PTI