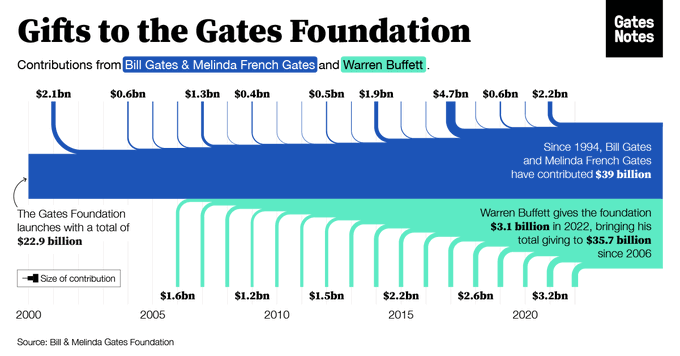 Billionaire Bill Gates has pledged again to give his wealth away, adding that he will eventually "drop off" the world's rich list.

It came as the Microsoft co-founder announced he would make a $20bn (£17bn) donation to his philanthropic fund.

The world's fourth richest man said he had an "obligation" to return his resources to society.

Mr Gates first pledged to give away his wealth in 2010 but his net worth has more than doubled since then.

He is currently worth $118bn, according to Forbes magazine, but that will fall significantly after his donation in July to the Bill & Melinda Gates Foundation, the charitable fund he set up with his ex-wife in 2000.

In a Twitter thread, Mr Gates said the foundation would boost its spending from $6bn a year to $9bn by 2026 due to recent "global setbacks" including the pandemic, Ukraine and the climate crisis.